Economy’s Boom Time May Be Nearing An End 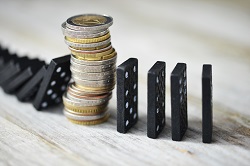 The good news? The economy is booming.

The bad news? Economists say it may be busting in a matter of months.

By most accounts, the U.S. economy is in its best shape since the Great Recession. The unemployment rate is at a minuscule 3.9%. Hourly wages are up more than 3% over a year ago. The gross domestic product (GDP) climbed 3.1% in the first quarter of 2019, after rising 2.2% in the fourth quarter of 2018.

So why so serious, economists?

Depending on who you ask, the U.S. could be headed for the beginning of a recession as soon as later this year or more likely, 2020 or 2021. Why? 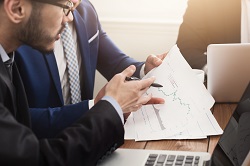 The main reason a recession is on their radar is an uncertain trade policy environment, while others identify higher interest rates and a stock-market decline as the reason for future economic problems. The stock market’s volatility (showing massive gains one week, followed by major losses the next) does not invoke confidence in the stock market’s ability to stay above water.

Just over half of business forecasters say GDP growth is likely to lean toward the downside, compared to 20% saying it’s shifting to the upside and 30% believing it’s balanced.

Still, the signs are not particularly promising. A note issued this spring by Guggenheim Partners states the probability of a recession beginning within the next two years doubled in 2019.

A few economic predictions include:

Fortunately, economists do not expect this recession to approach the levels of the last one. Although they think it could have some fight and stick around longer than usual due to a lack of downturn-fighting tools at the hands of policymakers both here and abroad.

To learn more about DRK and Company can assist you with real estate matters regardless of the economy’s condition, call us at 614-540-2404 or contact us online.