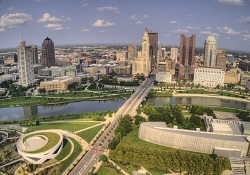 Look no further than Opportunity Zones, which are pretty much what they sound like. Included as part of the 2017 Tax Cuts and Jobs Act, these “zones” are economically distressed areas where new investments may be eligible for advantageous tax treatment – an investing “opportunity,” if you will. Those who choose to invest in these areas can defer capital-gains taxes or possibly even avoid them altogether.

The hope for these tracts was that investors would be willing to build offices, manufacturing facilities, and apartment complexes in places developers typically overlook. These communities must be identified as opportunity zones by the state, which must then be certified by the Secretary of the U.S. Treasury.

Ohio designated 44 such zones in Columbus in 2018 to spur development in lacking communities. A total of 320 tracts throughout the state were accepted as opportunity zones. Columbus used four criteria in determining with tracts were the best candidates for the program. Officials said the neighborhood must be: in need of development; able to absorb development money coming in; capable of taking advantage of new jobs coming in; and along major transit routes. 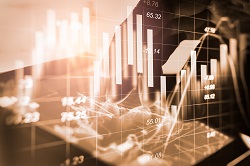 Obviously, there are plenty of neighborhoods in the industrial centers of the Midwest that have long been forgotten by investors. Many cities in the Rust Belt have struggled to keep pace with more economically thriving hubs including Columbus, Chicago, Grand Rapids, and Indianapolis.

The good news is that there are indications this still-young effort by the government is starting to yield results across the Midwest – further giving Ohio investors insight into the possibilities.

In Columbus, research shows that nearly 40% of the opportunity zones were beginning to show signs of investment life before the opportunity zones came along. These neighborhoods include the area west of Route 315 that is undergoing a medical industry boom; east Franklinton; Crosswoods near Worthington, where apartment complexes are springing up; and the area near Rickenbacker International Airport on the southeast side of the metropolitan area, which has seen significant warehouse growth. 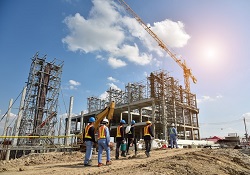 Some Columbus areas that have yet to take off investment-wise include the Hilltop, Eastland, west Franklinton and Linden.

One of the keys to these opportunity zones is that they not only create jobs or homes for people, but they also create thousands of “multiplier” jobs – positions that are needed because of the influx of hundreds or thousands of people to the once-blighted area. Restaurants, gas stations, stores, and entertainment venues will be drawn to long-neglected communities that are suddenly crawling with consumers.

A group of Columbus developers have formed the Opportunity Zone Development Group, which is targeting projects in the $20 million to $50 million range, although there are some smaller-scale exceptions. It recently began undertaking an effort to assist a nonprofit organization facing bankruptcy. Local investors believe that opportunity zones will discourage quick flips of properties, primarily because there are more tax benefits when you keep properties for at least a decade.

For more information on how DRK & Company can help you navigate Ohio’s Opportunity Zones, call 614-540-2404 or contact us online.