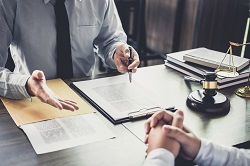 As the saying goes, rules were meant to be broken – well, at least adopted, amended or rescinded.

The Ohio Division of Real Estate and Professional Licensing is required to conduct a review of its rules every five years. The latest review was completed in early 2019, with the new laws and rules going into effect in February.

In total, 48 administrative rules were adopted, amended or rescinded. Most of these changes were technical or grammatical in nature and will probably go unnoticed by 95% of people, unless you’re an uber word nerd.

However, there were several more substantive changes that affect areas such as advertising, trust account records, the Agency Disclosure Statement, and brokerage agency policy. These updates are now part of the Ohio Administrative Code, enforceable as part of the state’s “license law.”

DRK and Company breaks down several of the more notable changes:

The Division has mandated that “broker” must be changed to “principal broker” in a couple of places: in section II on page one and in the paragraph about management level licensees on page two. These new forms will not be enforced until the end of 2019, but brokers are encouraged to make the changes as soon as possible. The new forms are available here.

Licensees choosing to use a nickname, initials, middle name or maiden name will now have to register that name with the Division. This is mandatory for licensees who would like to advertise with a name that differs from what appears on their license (including derivatives of a first name such as “Jim” instead of “James,” “Debbie” instead of “Deborah,” etc). It also applies to more unusual nicknames that licensees prefer to go by – we’re looking at you, “Buffy,” “Skippy” or “Champ.” A registration form is being developed for this, with the Division stating licensees will be given ample time to make these changes. 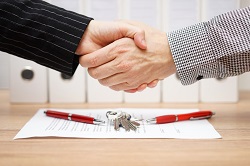 Broker Notice When Returning a License

Two changes were made to the rule regarding the principal broker’s duty to notify an affiliated licensee when the former is returning their license to the Division. The law previously stated this notice had to be issued to the licensee within three business days, delivered by certified mail. Realizing it’s now 2019, the mail requirement has been dropped. The principal broker can now notify the licensee by email, mail, hand delivery or fax (OK, this method would have worked perfectly in 1995 as well).

The new rule further states the principal broker must prove the notice was sent to the licensee by sending a copy of the notice to the Division. This notice (but not the license) can be emailed to the Division at Webreal@com.state.oh.us. Failure to comply with this requirement could result in the principal brokers being subject to disciplinary action.

The notice given to the licensee informing them that their license has been returned to the Division must include information on their reinstatement rights. The Division has issued a sample letter that can be used as a reference.

One update that has not been changed yet but is under consideration deals with team advertising. The amendment would ban the team from using the terms “realty” or “and associates” in its team name. Further, teams would be required to use the terms “team” or “group” in their names. The rule was proposed by the Ohio Real Estate Commission because of the concern these terms may confuse the public to believe that the team is a brokerage. Because of some concerns voiced by licensees regarding the matter, the rule is being evaluated for further consideration.

For more information about how DRK and Company can assist you with various real estate services, call us at 614-540-2404 or contact us online.