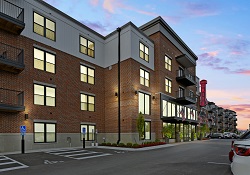 We may not have the ocean views of the coasts, but the Midwest has something just as beachy – an affordable real estate market!

It’s true: whether we’re talking residential or commercial, you get more space, nicer neighborhoods, larger properties, and better-maintained buildings to go along with the more reasonable sale prices, rents and costs of living.

In the Midwest, prices are mostly still below the levels that incomes suggest they belong. Because of this, you can still find plenty of good deals here.

Of course, some of the future investment picture in the Midwest – or anywhere else – depends on what the Fed decides to do with interest rates. But in general, the real estate market here in the middle of the country has a lot going for it when compared to elsewhere in the United States.

The high demand for industrial space means that the average asking rent for those spaces is also growing. Nationwide, the rent price is $6.47 per square foot. 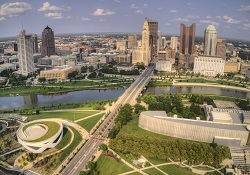 The apartment market is also fertile ground for investors. Demand for apartments in top Columbus neighborhoods continues to be through the roof, with multifamily units becoming increasingly popular in suburban areas such as Hilliard, Dublin and Westerville. Each area gained several hundred apartment units in 2018, with more arriving throughout 2019.

Investors are understandably focusing much of their attention on the downtown Columbus area though. With jobs continually coming to the city’s center, demand for housing has been climbing steadily. In fact, more than 4,000 apartment units are expected in the Columbus region for 2019, a market aided by affordable purchase points for investors.

To learn more about how DRK and Company can help you navigate the commercial real estate market in Columbus and elsewhere throughout the Midwest, call us at 614-540-2404 or contact us online.